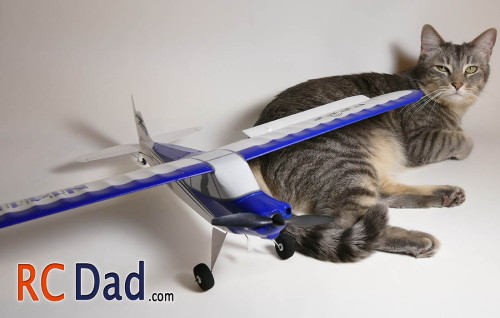 The Sport Cub S2 is an amazing rc plane. If you’re a beginner pilot looking for a 4-channel plane to learn on, the Sport Cub is one of the best!  Even advanced pilots will enjoy the ease of flying this rc plane because they know with a flip of a switch, it can quickly turn into an aerobatic flier.  What sets it apart is the “SAFE” technology which basically helps keep the plane flying level when you ease up on the controls (as long as your have enough power). As you’ll see from the video, it’s almost as if the plane flies itself.

There are 2 main tips for beginners pilots that will help keep you plane from crashing while you learn to fly.

I would only recommend the floats to people who have at least several hours experience flying this plane.  I was really excited to try the floats. Landing a rc plane on water was something I’ve been wanting to do for a long time but up until now I could never find a plane with floats that was small and easy to fly.  After practicing for a couple hours over grass I finally switched out the landing gear for the floats.  My experience was scary and wasn’t perfect.  The plane flies decent with the floats on.  It does feel a little heavier but the decrease in performance isn’t big.  The two biggest problems was taking off and steering in the water.

Taking off requires FULL power and a good amount of speed before it can lift off. I noticed it will only take off 2-3 times per charge and will only do it the first half of the batteries charge. After about half charge, there isn’t enough juice to get it off the water. It’s also extremely important to take off into any breeze.

Steering is a big problem with these floats. The lack of a rudder in the water makes this plane very hard to steer!!! Therefor I recommend only flying in zero wind conditions. The rudder on the plane will work but very little.  It also doesn’t hurt to have a small rc boat for rescues in case things go bad.
Overall, I had fun with the floats but I rarely use them. Putting them on was a bit of a challenge and the conditions have to be perfect to get a good flight with them.

The RTF version comes with a basic transmitter that has 4-channels to control the airplane, plus a 5th channel that has 3 modes: 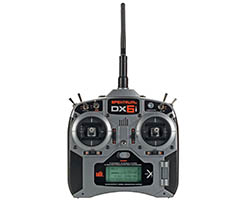